Darren Taylor was a single Father of 3 boys while pursuing his musical dream in Nashville, TN. He was content being single until 2 of his friends told him that they had met their soulmates on the same online dating site called, Christian Cafe. Darren thought he might have the same luck, so he immediately signed up for a Free 3 day trial. While on that trial he realized that love knows no boundaries.  So he expanded his search to Florida. As fate would have it he saw a profile picture of an incredibly beautiful woman named Andrea who was holding a baked ham on a Silver Platter. Darren thought to himself, "She sure is pretty, but that ham looks delicious!" He likes to say that it was love at first ham.

Darren wasn't much of a cook, and he and the boys were used to eating TV dinners. When Darren read Andrea's profile, he noticed that she was a Chef. He reached out to her right away and found out that she was also on a Free 3 day trial. Her mother had heard great things about this same dating website from her brother, and told Andrea that if she didn't make a profile of her own, she would make one up for her. So Andrea chose to make her own profile instead of her mom making one for her. When Darren reached out to Andrea, she quickly responded to him after reading what she said was a very sincere and well written profile.

About 2 months after talking for the first time, and traveling back and forth from Florida to Tennessee, Darren, the kids and Andrea sat down for a dinner they had made for her. When it came time for dessert, Darren had one of the boys get the dessert plate and set it on the table in front of Andrea. To her surprise the dessert had been replaced by an engagement ring. Before she could say anything, Darren went to get his guitar and sat down and played a song he had written for her called, "Will You Marry Us?" She said yes and they were married 30 days later, becoming "The Real Life Brady Bunch".

Andrea agreed to leave the sunny beaches of Florida and move with her 3 kids to the cold state of Tennessee, so Darren could continue to chase his musical dream. They made a deal to live in Tennessee for 2 years and then move back to the Sunshine State. Within a year of being married the kids began to play instruments and started learning the songs that Darren & Andrea had written together. So they formed a family band and became, "The Real Life Brady Bunch Meets The Partridge Family." They bought a Tour Bus and traveled from state to state playing shows and doing radio interviews to promote their single, "Will You Marry Us?". They were even featured on National & Local TV Shows.

Fast forward 10 years and the kids are all grown up and chasing their own personal dreams. Darren & Andrea are still writing songs together. Darren is busy on his new mission to introduce millions of people around the world to Jesus Christ through a movie called, "The Greatest Coach Of All Time." The message of this movie is that, "It's Never Too Late For Your Comeback When You're Being Coached By The Greatest Coach Of All Time......"Jesus Christ!"

And of course Jesus Christ is also, "The King Of Kings, Son Of God, Savior Of The World.....The ONE who took our nails!

The movie is still in production, BUT you can watch a teaser trailer directly below!

**Check Out The Book That Inspired The Movie, "The Greatest Coach Of All Time!"**

Who is the greatest coach of all time? Darren Taylor answers that question in his new book, "The Greatest Coach Of All Time & His Game Changing Playbook For Your Comeback" Now available on Amazon, Barnes & Noble, the iBook store & EVERYWHERE books are sold!!! Click here to order now!! TheGreatestCoachOfAllTimeBook.com 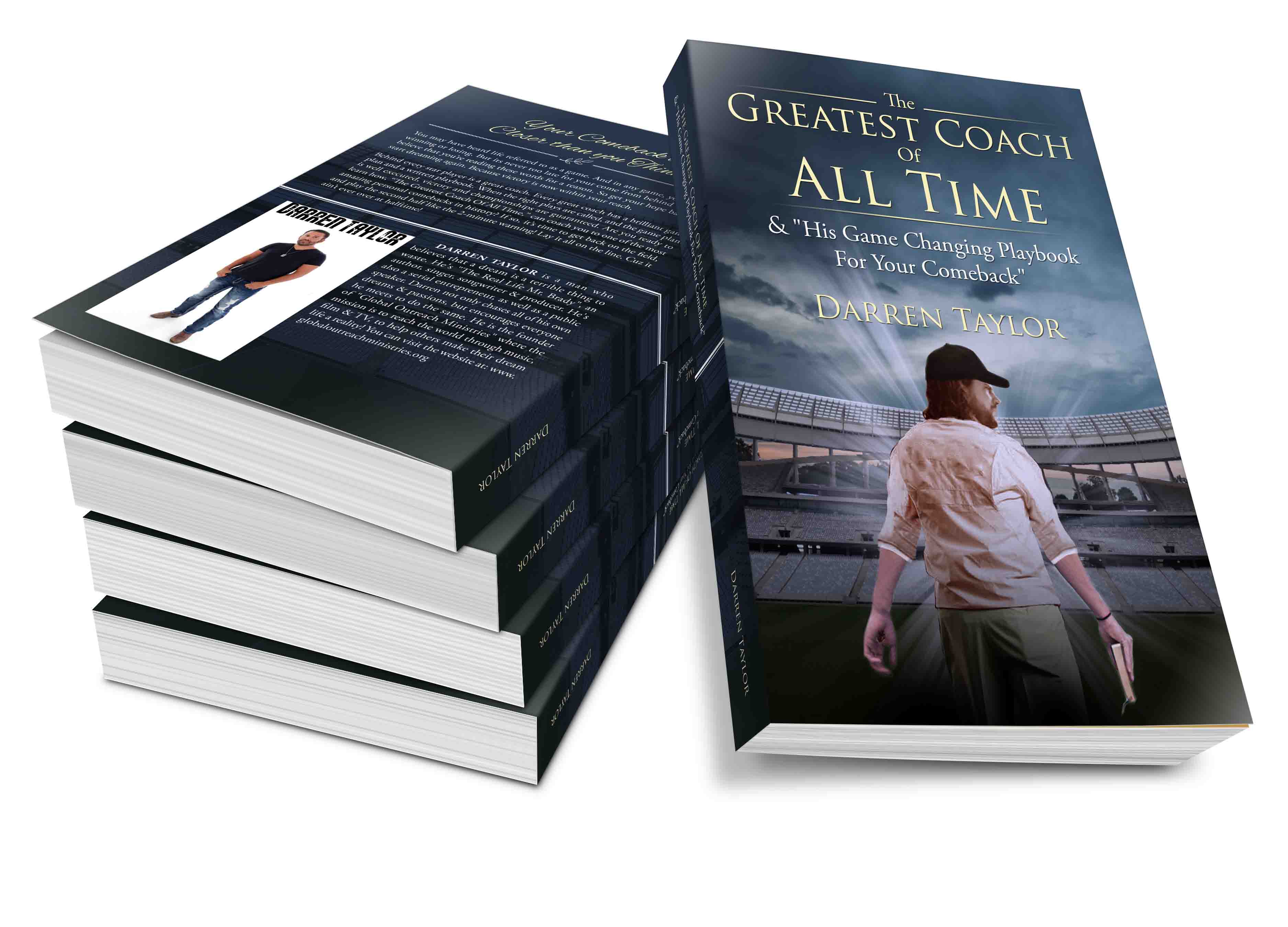 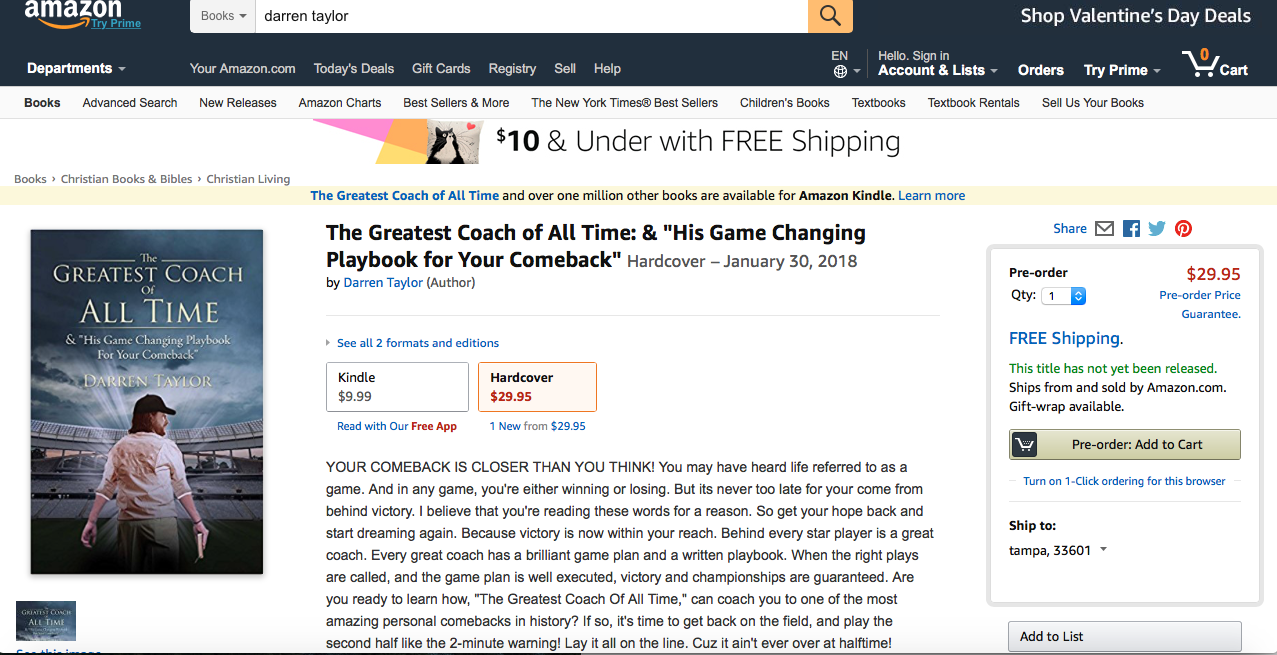 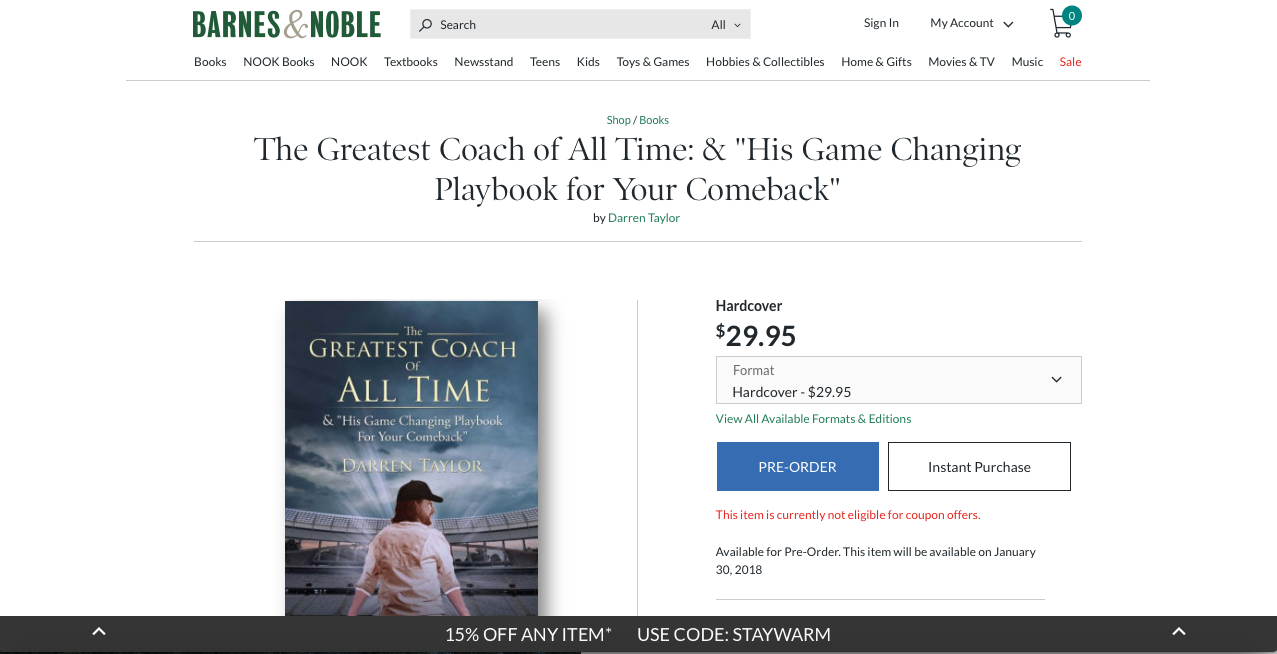